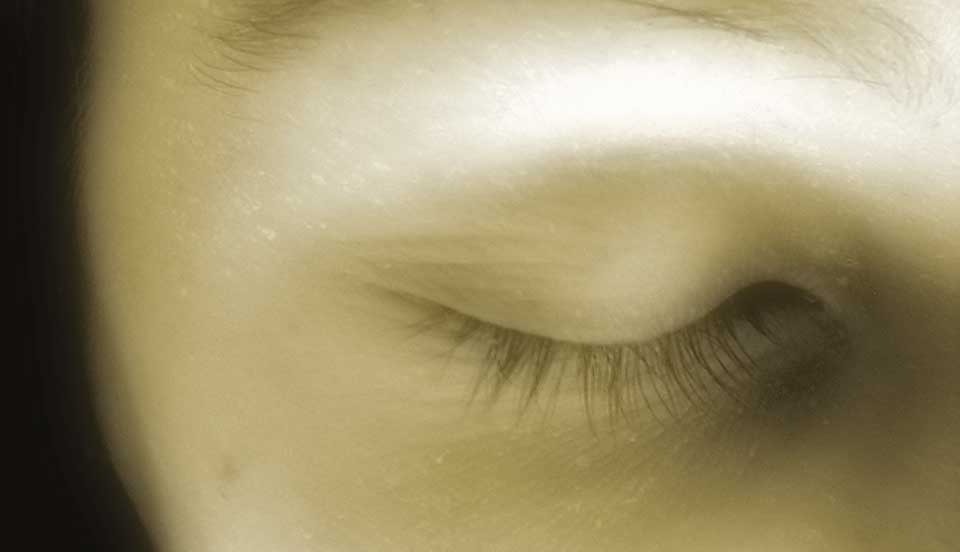 What happens when we are not able to do some of the physical yoga practices? Maybe we have a chronic illness, are in hospital or have other challenges, whether that's long term or temporary? This article focusses on visualisation. It's a powerful tool as Lynnette's story clearly demonstrates.

Most of us are already aware of the extraordinary range of benefits we can gain from a regular yoga practice, but what if we are nurturing an injury, don't have the time for a full practice or find ourselves in a confined space? What if we have chronic illness or are in hospital? The answer is to use the power of your mind to practice yoga.

Lynnette Dickinson, attended a Dru Meditation weekend in early 2007 in a motorised wheelchair, her disability resulting from multiple sclerosis (MS). Unable to do much of the physical practice, Lynnette visualised and meditated through the weekend, using the practice to alleviate excruciating pain and move into state of deep peace.

During this weekend, Lynnette had an 'ahaa!' moment and decided to join the Dru Yoga teacher training course (DYTT), beginning in May 2007.

Unable to do the physical practice, Lynnette visualised and meditated through the first four day module, and continued this practice of the mind until her next module, three months later.

Suddenly yoga practice had become possible anywhere, anytime. Through the night, hours of insomniac tossing and turning became a mental yoga session. Instead of waking in the morning tired and needing to go back to sleep, she began to awaken feeling refreshed and rejuvenated - like she used to feel after a physical Dru Yoga class.

After four months of this practice Lynnette returned to module 2, much more physically able. Her practice had developed to the point that she could feel the yoga in her body as she was visualising. This time Lynnette was able to do much more of the physical practice, although she still relied on her motorised wheelchair to travel any distance and experienced moments of MS fatigue through the day.

After returning home from module 2, inspired by the practice during the module, Lynnette began to use the same kind of visualising techniques in every day tasks, like walking, cooking and washing up. It required deep concentration, but within a very short time she noticed profound effects on her ability to function in every day life.

Another three months and it was time for module 3. This time, rather than wheeling into the yoga room, Lynnette walked - no chair and no walking sticks - and not only stayed on her feet for the full four days, but improved through the module.

Lynnette has continued to use visualisation as an important part of her yoga practice and her physical condition has continued to improve. From being in a wheelchair and unable to work, she has now given back her wheelchair. She is physically independent and able to function normally in the workplace and at home.

All this was achieved through the power of visualising yoga.

So this week maybe you could try imagining yourself doing your favourite yoga postures and see how it feels. Let us know how you get on email us and let us know.

PS: If you'd like to read Lynnette's article on how yoga helped her get out of her wheelchair you can buy it here.

The Subtle Energetics of Dru Yoga
Stability and Stillness in an Ever-Changing World
Back care & wellbeing for social prescribing - research
Discovering your Inner Sovereign
Ganesh
Welcome to the Global Ambassadors of Light training
Ann's Dru Yoga journey ...
Global Ambassador of Light - optional pre-course meditations
Reconnecting to new possibilities
Fortnight for Light on Earth - thanks!
APD - Manomaya Kosha
Nuggets of Wisdom
World Peace Flame Meditation for the Ukraine
Keys to a resilient and joyful mind
Flight to Freedom - entering into a moment of eternity
END_OF_DOCUMENT_TOKEN_TO_BE_REPLACED